Home News Ending Slavery: It Starts With Me

Ending Slavery: It Starts With Me

Ending Slavery: It Starts With Me

COVID-19 Vaccine: Where Are You in the Queue?

3 Tips for Dealing with Disillusionment

My 7 yr-old Only Eats Chips

Inside Bitcoin: A Beginner’s Guide to the World’s Favourite – and Most Mysterious – Digital Currency

Disruption, Disillusionment and Diversity: The Future of the Church

How Will Your New Workplace Work for You?

Facebook Ban: What Does it Mean For Your Feed?

There are more slaves on earth today than at any other time in history.

‘Slave’ is a word that sounds so ancient… so distant. It evokes images of bare-backed men working in fields under the watchful gaze of slave masters and women cooking and cleaning for wealthy families in far off lands.

But today, slavery is much closer to home.

While the majority of slavery in our world today revolves around labour exploitation, across Asia, slavery often looks like a little girl (or boy), born in rural poverty, sent to the city at age twelve or thirteen on the premise of finding work to help her family survive. With no other options, she survives by selling the only thing she owns, her body, for the pleasure of men.

Sadly these men are often Australian.

Every year, thousands of Aussies travel to places like Indonesia, Thailand, the Philippines and Cambodia to use children and teenagers for sex. 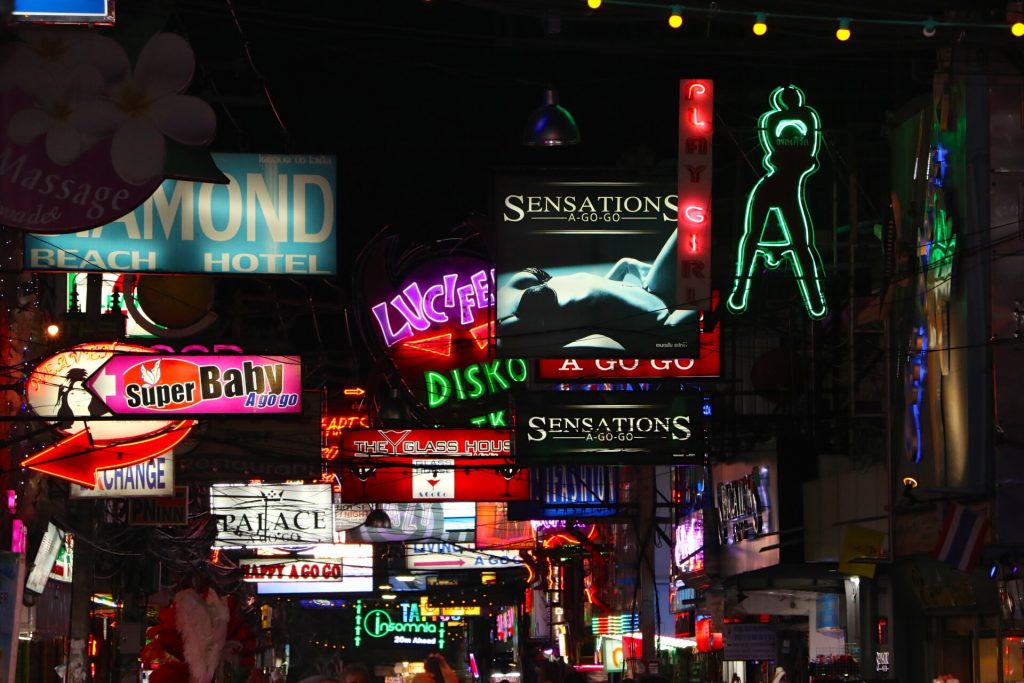 Everyone I speak to agrees slavery, human trafficking and exploitation is wrong and should be stopped. But at the heart of these issues is really a question around our beliefs regarding the value of others.

Is it ok to use other people for our own benefit? Or are all people deserving of dignity, value and respect? It’s easy to join a cause combating slavery but perhaps more challenging for us to treat all people in our lives with respect, in a culture that promotes looking out for ourselves as top priority.

The Pong pledge (created by a high school chaplain) encourages boys and men to make a public commitment to value and respect all girls and women and to ask their mates to keep them accountable to this. In particular, we are seeing this start to shape culture in several schools that have joined The Pong movement.

See how The Pong is impacting schools at: http://bit.ly/SchoolsPong 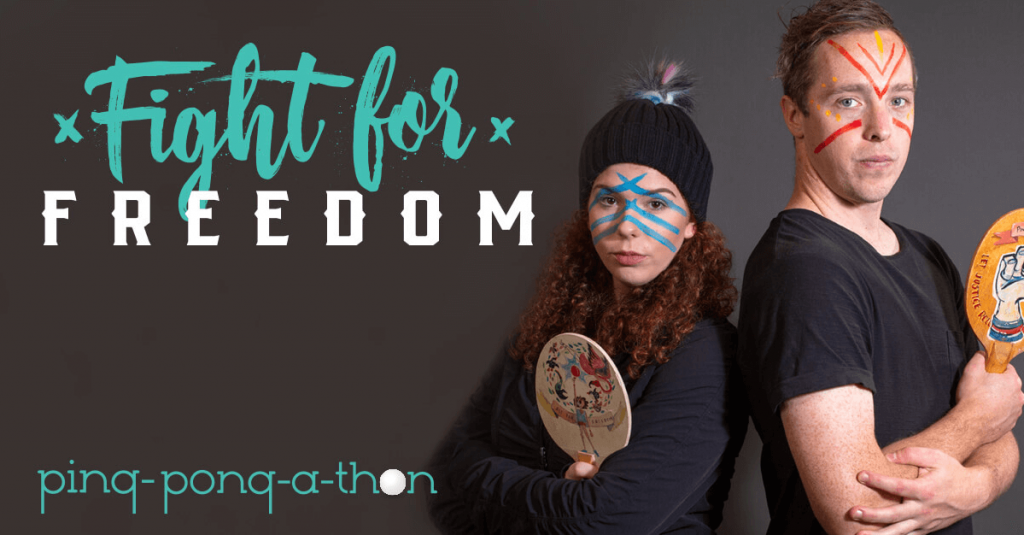 When it comes to ending slavery and human trafficking, it starts with me.

Yes, I’m only one person, but if every ‘one’ commits to The Pong pledge, human trafficking will eventually come to an end.

It starts with moment by moment decisions to see others as possessing intrinsic value and worth.

It starts with turning off pornography and seeing it for what it really is – reducing human beings to commodities for our consumption. Putting a price tag on a person I should view as priceless.

It means shutting down friends when they start telling sexist jokes, or alluding to violence against women.

During October, hundreds of churches, schools and workplaces across Australia will raise their bats, to free some of the world’s most vulnerable people from exploitation and human trafficking.

It’s a quirky table tennis event with a serious mission. We’ve raised $1.25 million since our first ‘Ping Pong a Thon’ in 2011. The campaign supports eight organisations on the ground in South East Asia who are combating slavery in many different ways.

At the same time, participants are impacted and educated about the power they have to put an end to human trafficking once and for all.

Check out pingpongathon.com to find out how you can get involved.

About the Author: Adrian Rowse is the Ping Pong-A-Thon Founder/Project Manager. Adrian started The Pong after spending two years working in Thailand with teenage boys who were being exploited in the sex industry.

tags: Articles social justice
0
previous “Every AM, Pray For Your PM!” – Scott Morrison’s Former Pastor on the Challenges of Leadership
next Responsible Coffee Drinking Combines With Social Enterprise

COVID-19 Vaccine: Where Are You in the Queue?

Facebook Ban: What Does it Mean For Your Feed?